On Your Way to the JBR This Long Weekend?28 October 2020Next 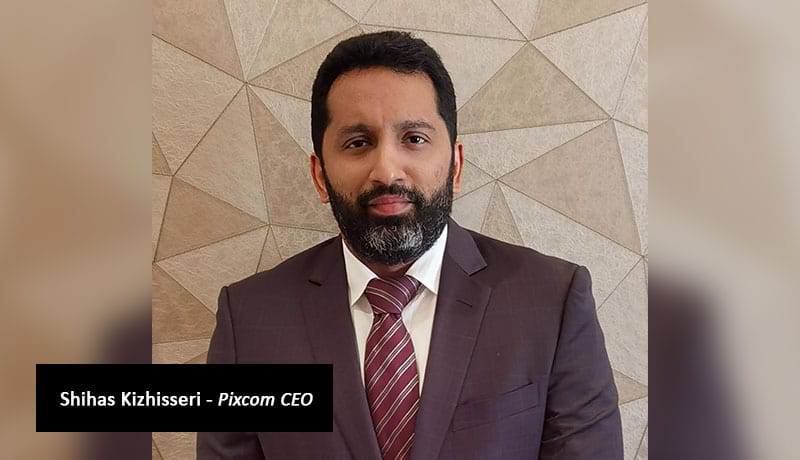 On the occasion of Safer Internet Day 2021, TECHx spoke with Pixcom CEO, Shihas Kizhisseri. During the interview, Shihas highlighted how IoT adoption is posing cybersecurity challenges for businesses.

TECHx: In the context of safer internet day, what are the internet-based threats most important for businesses to be aware of in 2021?

Shihas: Most companies and organizations have begun digitalization and increased use of IoT for day-to-day IT operations, manufacturing, testing, working modes, performance evaluations etc. Due to this, disruption in digitalization, cybersecurity threats pose big challenges for businesses.

Here are some key cyber threat challenges expected in the coming months and maybe even years:

AI in IoT / Digitalization Threat
AI (Artificial Intelligence) based technology is used for most social engineering attacks (simulating human chat) and for DDoS attacks. By the time, more accurate algorithms will get better at mimicking normal users on a network to foil detection systems looking for odd behaviors.

IoT role in Home Automation based Threats,
Disruption in Home automation using various IoT Technologies could be common from 2021, in IoT applications such as remote fire alarm detection, in-home patient monitoring systems, CCTV video surveillance etc, that are connected to the internet.

It can also create fake alarms, interrupt internet availability by router vulnerabilities, maliciously control home appliances to cause harm to the family or homeowner.

Cloud breaches
Due to Covid, most businesses are moving to the cloud. There can be an increase in cloud breaches due to poor security practices in cloud-based configurations.

OT based Ransomware Attacks
IoT devices may be more protected than, say, traditional IT assets from ransomware attacks. On the other hand as IoT has moved into Industrial IoT which deals with OT systems, OT systems can be far more dangerous than those caused by traditional ransomware.

TECHx: With the rise of social media, how can we nurture and increase public awareness on cybersecurity, so that people become more responsible when using technology and digital gadgets?

Shihas: There is a need for people and organizations to increase their knowledge about cybersecurity and share the same with others too. If every organization conducts a standard awareness program for all employees, it will go a long way in educating the masses.

With the increased use of digital gadgets, everyone is responsible for protecting their own assets, personal information, family, job-related assets. Besides, each organization is responsible for delivering cybersecurity awareness particularly related to digital gadgets when using them for either social media, study, remote work or meetings. It can be made through its dedicated security officers / IT, hiring a 3rd part security awareness providing company and can be given frequently in a year and create strict policies to follow.

TECHx: On the occasion of Safer Internet Day 2021, give us some tips on how to stay safe on the internet in today’s remote working scenario?

Shihas: First, be aware of the remote working policies of the company, make sure your internet connections are stable, make sure you are not shared or given full control to anyone to control your computer.

Make sure you are not opening your company data or personnel information and share it on a desk, lock the computer access, do not download unless from a safe sender.

Some simple pointers to stay safe are: